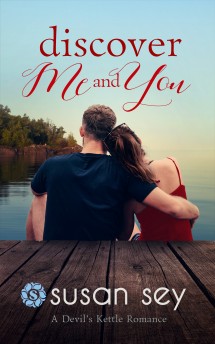 Willa Zinc is invisible, and she likes it that way. A childhood of scandal and neglect taught her that people are unreliable and that family is downright dangerous. With her mother missing, her father in jail, and her brother keeping his distance, Willa spends her days chasing squirrels out of people’s attics and staying off the radar. Because her childhood didn’t just leave her with scars, it left her with secrets. Secrets that tie her to the most powerful—and ruthless—family in town. ­

Eli Walker has his secrets, too. He’s spent over two years in the country’s most remote wild lands, trying to walk away from a mistake he can never undo. Then a Forest Service assignment puts him back in Devil’s Kettle, working far too closely with a woman whose wounds Eli can only guess at. She’s the kind of mysterious, sexy trouble he ought to walk away from, but the only place he wants to be is closer.

But an unexpected spark…

Eli is the last thing Willa needs. He’s attracting attention she doesn’t want…and stirring up wants she shouldn’t satisfy. But her business needs Eli’s stamp of approval, so she has no choice but to keep him close. The problem is, Eli’s just as good at the invisibility game as she is. He sees straight to her hidden heart, and— worse —he reaches for it. Willa thought she’d planned for every doomsday scenario but love? She never saw that one coming.

…will light a dangerous fire.

Don’t miss the rest of the series! 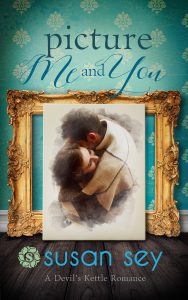 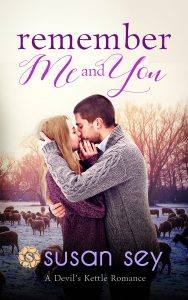